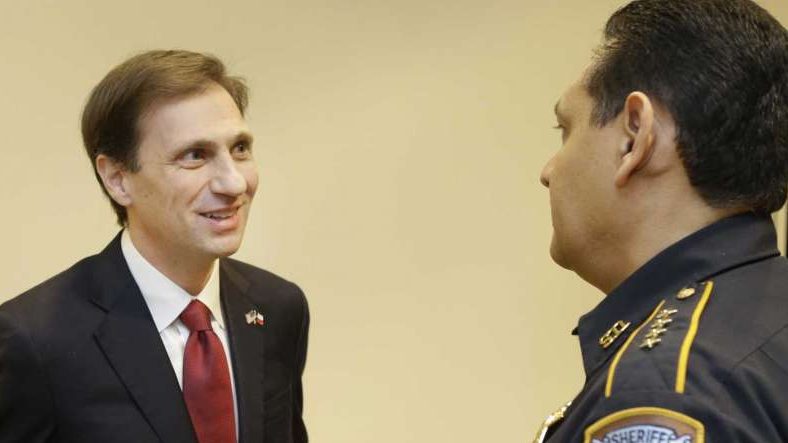 Sexual assault is a violent and emotionally traumatic crime. It also remains one of the most underreported crimes by women in Texas.

The Texas justice and legal systems do not effectively handle sexual assault cases. The system is littered with documented instances of inadequate resources, improper handling of evidence, and failure to apprehend known perpetrators. This cannot continue. We must treat allegations of sexual assault with the seriousness they deserve. We must do better for all Texans.

As Attorney General, Justin will utilize the full resources of his office to address this issue. Justin will establish a special task force on sexual assault prosecution and will protect the constitutional due process and equal protection rights of sexual assault survivors. Justin understands that supporting survivors is just as important as prosecuting perpetrators. Texas must get dangerous criminals off the street and help survivors rebuild their lives.

Justin will fight to ensure that those who attack women are prosecuted to the full extent of the law. Justin will be a strong advocate for all women in Texas and fight for the equal justice they deserve.

The current backlog of rape kits in Texas is contrary to the values we hold as Texans. We need to treat sexual assault as the heinous crime that it is, and that begins with reforming the mishandled way the state handles rape kits.

As Attorney General, Justin will enforce the requirement that rape kits must be tested within 30 days of them being received. He will change the culture of complacency and inaction that clogs the justice system surrounding sexual assault: Justin will take action to ensure the survivors of sexual assault see justice.

Human trafficking is modern slavery—an epidemic as deadly for victims as it is lucrative for criminals. As a border state, Texas is especially susceptible to traffickers who cruelly deal in human lives.

As Attorney General, Justin will fight to end the monstrous practice of human trafficking in Texas. Justin will partner with state and federal law enforcement to identify and protect victims, arrest and prosecute traffickers to the fullest extent of the law, and educate and inform the public about how to stop human trafficking in all of our communities.

Domestic abuse impacts hundreds of thousands of Texas families each year. Justin will coordinate with law enforcement to protect victims and potential victims of abuse, and will prosecute all abusers to the fullest extent of the law. He will work with statewide agencies to provide needed housing and social services to domestic abuse survivors. No abuser should go unpunished, and no survivor should be turned away from shelter.

Cyber crime presents an active and dynamic threat to all Texans. Recent headlines of data privacy mismanagement by tech companies highlight the risks Texans face online. All Texans must be aware of the dangers of posting their personal data online. They should also have information on how to mitigate and avoid these risks.

Justin recognizes the evolving risk of cybercrime and will actively collaborate with fellow Texas officials, lawmakers, and private parties to protect all Texans against these risks. Cyber security should be a bipartisan concern: politically selective attention to security threats is unacceptable. Justin will fight to ensure Texans’ private financial and personal information is secure and handled by third parties with strict care. In the wake of bad corporate actors, Justin will investigate any potential damage to Texans and hold those responsible accountable. Texans deserve to know whether their personal information has been compromised.

Justin will be an active defender in the fight to protect consumer data, will ensure citizens’ online rights are upheld, and will enforce Texas privacy laws to their fullest extent.

Sadly, there has been a dramatic increase in hate crimes in America over the past few years – and Texas is no exception. As Attorney General, Justin will work closely with local law enforcement officials to make sure hate crimes are prosecuted to the fullest extent of the law and are handled as the heinous, divisive crimes that they are.