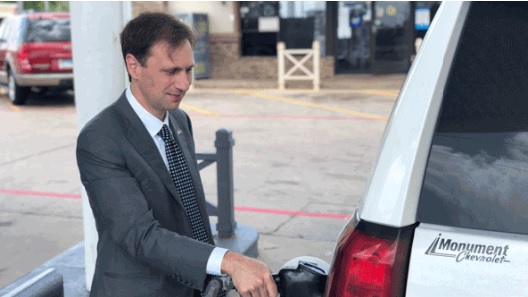 Unlike his opponent, Justin refuses to take money from the predatory payday lending industry. Instead of allowing unethical lending practices that target innocent Texans, Justin will enact and enforce much-needed reforms.

As Attorney General, Justin will aggressively enforce Texas usury laws. He will work with the legislature to close loopholes that allow payday lenders to defraud Texans with outrageous fees. Justin vows to not take a dime from any lender that gouges ordinary citizens. He will use the full power of the Attorney General’s office to rein in predatory lenders, publicly expose companies that violate or sidestep Texas law, and educate consumers about how to avoid exploitation.

Texas law explicitly forbids businesses from charging highly inflated prices for necessities during a state of disaster. During Harvey, thousands of consumers were charged exorbitant amounts for necessities with minimal government response. Price-gougers were allowed to keep their unlawful gains for over a year without punishment.

As Attorney General, Justin will use the full force of the office to fully enforce the laws of Texas, punish any business that takes advantage of vulnerable Texans during disasters with punitive fines, and protect consumer rights. Justin will make good on his predecessor’s failed promise to investigate these complaints and will ensure justice is upheld.