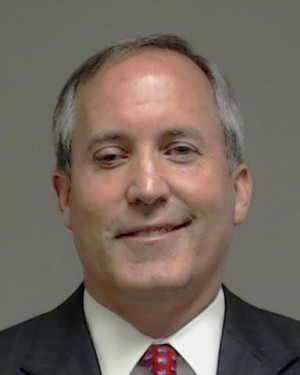 The short week that starts today is a big one for Texas Attorney General Ken Paxton. Wednesday in Fort Worth, Paxton will take his first big swing at ending the Affordable Care Act, arguing in front of a federal judge that President Barack Obama’s signature achievement is unconstitutional.

Paxton is looking for an injunction suspending the ACA’s enforcement or, at a minimum, suspending key components of the law in states, like Texas, that want to opt out. Remarkably, that means Paxton wants to deny coverage to Texans with pre-existing medical conditions even if those with similar conditions in other states get to keep their insurance.

Our attorney general hates, absolutely hates, Texans who otherwise wouldn’t have insurance getting it thanks to federal legislation. It’s not the only thing he hates, however, not by a long shot.

1. Securities regulations — For more than three-quarters of the time Paxton’s been in office, he’s been under felony indictment. During the summer of 2015, a Collin County grand jury indicted Paxton on his home turf for allegedly selling $100,000 or more worth of shares in a technology company called Servergy without disclosing that he’d been compensated with 100,000 shares of the company’s stock. Paxton has claimed that the charges are politically motivated. Lucky for him, his securities fraud trial is unlikely to begin until after the 2018 election.

2. Paying his own legal bills — As of February 2018, Paxton has received more than $630,000 in donations to cover his legal bills. The money, the attorney general has been careful to say, has come from close family friends and others exempt from state bribery laws because their relationship with him isn’t related to their official duties.

3. Marriage equality — Following the legalization of same-sex marriage in June 2015, Paxton positioned himself as the last bulwark against equality. Immediately after the Supreme Court issued its ruling in Obergefell v. Hodges, Paxton told the state’s county clerks that they didn’t have to issue marriage licenses to same-sex couples if they didn’t want to. Later, the attorney general narrowly avoided a federal contempt charge when he initially refused to allow a Conroe man to amend his late husband’s Texas death certificate to reflect the fact that they were married in New Mexico in 2014.

4. Respecting others’ stuff — In November 2014, a couple of months before he took office in January 2015, Paxton was forced to return another lawyer’s $1,000 Montblanc pen with which he’d been caught on video walking away from a Collin County courthouse’s metal detector in 2013.

5. The environment — During Obama’s presidency, Paxton and his predecessor in the attorney general’s office, Texas Gov. Greg Abbott, sued the Environmental Protection Agency more than 50 times. Paxton sued the Obama administration over coal regulations, clean water regulations and clean air regulations. He sued the EPA on Jan. 17 and 18, less than a week before President Donald Trump took office. Even after Trump took office, Paxton has kept on suing. Most recently, on Aug. 28, Paxton announced that he was taking on federal limits on ground-level ozone in Bexar County.

“The ozone rule will force costly regulations on a number of Texas counties,” Paxton said in a press release that felt like deja vu. “We are continually and successfully reducing ambient ozone concentrations without stifling economic or population growth, and we will continue to do so without the EPA’s overreaching regulations.”

6. DACA — Over the last two years, Paxton has led the charge against one of the federal government’s most popular immigration programs — Deferred Action for Childhood Arrivals. The attorney general is in the midst of a lawsuit to stop the program, which protects from deportation undocumented immigrants brought to the United States as children by family members. It also allows them to work in the U.S. If DACA is overturned, more than 100,000 people living in Texas could be subject to deportation.

7. Insurance coverage for those with pre-existing medical conditions — On July 5, Paxton filed a new brief in his existing lawsuit against the Affordable Care Act. From the Observer report on Paxton’s action in August.

In [the filing], he attacked one of the most popular portions of the ACA and he did so on behalf, if that’s remotely the right word, of the people he represents in Texas. The attorney general, as he made clear in the court filing, wants a federal judge to end the act’s protections for Texans with pre-existing conditions, regardless of whether the court rules against Obamacare as a whole.

The reasoning behind Paxton’s argument is easy to follow. The attorney general, along with officials from 19 other states, sued to end Obamacare in February. The plaintiffs focused their arguments on Congress’ decision to end the individual mandate — the provision of the act that required those without heath insurance to pay a tax penalty. Without the mandate, Paxton argued, the act as a whole was unconstitutional.

In June, the U.S. Department of Justice announced that it wouldn’t defend what remains of the law in court, leaving Paxton and his 19 fellow travelers fighting against a competing coalition of 16 states looking to preserve Obamacare, rather than the feds. That’s why Paxton made his latest argument. He wants a judge to let insurers in Texas, Alabama, Arizona, Arkansas, Florida, Georgia, Indiana, Kansas, Louisiana, Maine, Mississippi, Missouri, Nebraska, North Dakota, South Carolina, South Dakota, Tennessee, Utah, Wisconsin and West Virginia out of Obamacare’s requirement that they cover those with pre-existing conditions, even if the judge allows the plaintiffs to stick to the law in their states.

8. Debates — Despite being locked in a single-digit race with Democratic challenger Justin Nelson, Paxton has turned down repeated overtures from the challenger for a debate, despite telling C-SPAN in November that he was happy to debate anyone on the issues.
If you like this story, consider signing up for our email newsletters.
SHOW ME HOW

9. Paid sick leave — As soon as Austin passed an ordinance giving every worker in the city access to paid sick leave, Paxton joined a lawsuit against it. Giving workers an hour of paid sick time for every 30 hours they work, the attorney general insists, amounts to an unconstitutional minimum-wage hike.

“The minimum amount of compensation established for workers, including the minimum amount of paid time off, is a decision entrusted by the Texas Constitution solely to the Texas Legislature,” Paxton said, celebrating a court ruling earlier this month that temporarily keeps the Austin ordinance from going into effect. “I’m confident that an appeals court will recognize that the law expressly preempts cities from passing a different law simply because they disagree with the judgment of our state’s elected representatives.”

10. Women’s autonomy — In addition to immigration, LGBTQ rights, workers’ rights and the rights of those who are sick, Paxton also loves to fight against women’s reproductive rights in court. According to an investigation published by the Houston Chronicle earlier this summer, the Texas Attorney General’s Office has spent more than $500,000 on 21 expert witnesses who have testified in one or more of the state’s court cases stemming from the bevy of anti-abortion legislation Texas lawmakers have passed since 2013. Judges in those cases disregarded testimony from six of those experts and “gave little or no weight to the others,” according to the Chronicle report.

During Paxton’s time in office, the state has yet to win a significant victory defending its abortion laws. In June 2016, the U.S. Supreme Court threw out a raft of Texas abortion laws, including provisions that required abortion clinics to be outfitted as ambulatory surgical centers — essentially mini-hospitals — and required doctors performing abortions to have admitting privileges at a hospital within 30 miles of the clinic at which he or she performs abortions.